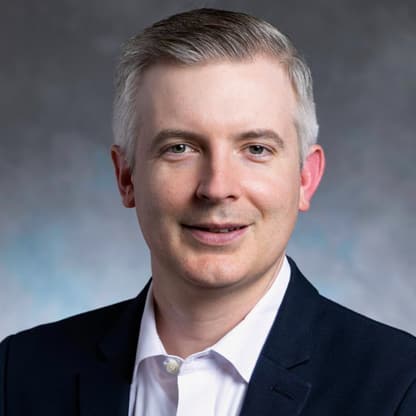 Christopher A. “Chris” Powers, 41, is vice president, Carbon Capture, Utilization, and Storage (CCUS) for Chevron New Energies (CNE), a position he assumed in October 2021. He is responsible for leading and growing Chevron’s CCUS business worldwide. Previously, Powers served as General Manager of Strategy and Business Performance for Chevron North America Exploration and Production Company (CNAEP) since 2020. In this role, he was responsible for leading efforts to shape exploration and production strategies and competitive plans for each business unit across the North America region and served as the chief of staff to the region president located in Houston, Texas. Chris led the merger integration of the Noble Energy’s North American assets and operations into CNAEP. Powers’ recent leadership roles include General Manager, Maintenance & Reliability, at the Pascagoula, Mississippi Refinery, Chevron’s largest wholly owned manufacturing facility, and Area Operations Manager in Bakersfield, California, where he was responsible for the operations, technical support, OE/HSE, and profit and loss for the West Central California operations. Previously, he served as Advisor to the Vice Chairman and EVP of Upstream and as General Manager of CUEL, a former joint venture in Thailand. Powers began his career as a process engineer in the Chevron Energy Research and Technology Company in Bellaire, Texas. Over his 19-year career with Chevron, he has held numerous business and technical leadership positions of increasing responsibility in Kazakhstan, Thailand, California, Louisiana, Mississippi, and Texas. A native of Port Neches, Texas, Chris received his Bachelor of Science in Chemical Engineering Magna Cum Laude from Rice University in Houston, Texas. He is a registered Professional Engineer. Powers is a Governing Director of the Houston Symphony. He also serves as the Chevron Executive Sponsor for the Chevron – Rice University relationship and as Chair of the Rice University Department of Chemical Engineering External Advisory Board.