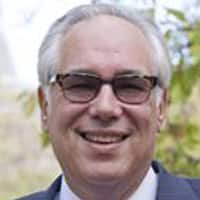 Dr. Carl Pechman is the Director of the National Regulatory Research Institute. His career in regulation began as an undergraduate, assisting in the econometric modeling of energy demand. He served as the Supervisor of Energy and Environmental Economics at the New York Public Service Commission. In that role, he was responsible for developing and implementing methods of estimating avoided costs, as well as leading commission processes that resulted in the restructuring of the New York electric system. As the founder and president of Power Economics, Inc., he supported the Speaker of the California State Assembly to navigate and resolve the California energy crisis. He served as an expert witness for the California parties in efforts to recover excessive profits from entities that exercised market power during the crisis. Dr. Pechman led the review and the public release (in testimony before FERC) of the Enron trader tapes. During that time, he was also actively involved in the analysis and development of capacity markets. Dr. Pechman joined FERC staff as an economist, with the desire to avoid market meltdowns through robust market design. He invented the cost-effectiveness test, relied upon by the Supreme Court in its affirmation of FERC’s Order 745 in FERC v. EPSA. While at FERC, he was detailed at the request of the Department of Energy to support the development of the Quadrennial Energy Review. In 2018, Dr. Pechman became the director of NRRI. Since then, he has initiated the Regulatory Training Initiative, a program for training regulatory staff and stakeholders on the theory and practice of regulation and has provided support to the Puerto Rico Energy Bureau on developing a new regulatory regime for the Puerto Rico electric system. Dr. Pechman is the author of Regulating Power: the Economics of Electricity in the Information Age (Kluwer Academic Publishers, 1993), which developed the following concepts: models as the language of regulation, the ability to specify market structure as a source of market power, the importance of locational-based generation reserve requirements, and strategies for harmonizing state and federal electricity regulation. Dr. Pechman has his B.S., M.S. and PhD from Cornell University.