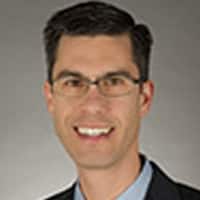 Caleb Stephenson has served as an Executive Vice President of Commercial Operations since March 2018. In this role, he leads the wholesale commercial and analytics function. He is responsible for the teams who develop wholesale customer relationships and new power projects, as well as those who support the company with information technology applications and infrastructure. Mr. Stephenson joined Calpine in October 2008 as Vice President of Commercial Analytics. He became Senior Vice President of Commercial Analytics in May 2014 and added wholesale origination to his responsibilities in February 2017.He came to Calpine from PA Consulting Group’s Global Energy Practice, where he advised merchant power industry participants on energy market outlook and risk management issues. He holds a Master of Business Administration in finance from Washington University.