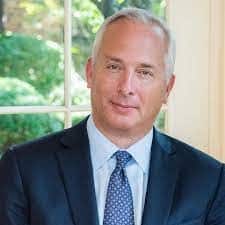 Bobby Tudor is the founder and CEO of Artemis Energy Partners, an Investing and Advisory platform focused on companies involved in the Global Energy Markets. Mr. Tudor is also a Retired Founder and CEO of Tudor, Pickering, Holt & Co. TPH is a leading Energy Investment Bank formed in 2007 with over 100 employees in five offices in the US, Canada and UK. It is widely recognized for its industry leading position in Energy securities research and Energy investment banking advisory transactions. TPH merged with Perella Weinberg Partners in 2016. Prior to forming TPH, Mr. Tudor was a Partner at Goldman Sachs and a leader of its worldwide Energy practice. Over his 30-plus year career in Investment Banking, he has worked on many of the defining transactions of the period, across most energy subsectors and geographies. Mr. Tudor is currently the Chairman of the Houston Energy Transition Initiative, which is a consortium of Houston’s leading energy companies working to shape the region’s Energy Transition Strategy. Mr. Tudor is on the Board of Directors of Puloli, Inc., an early-stage methane detection and measurement company, as well as New ASEAN Energy, a Singapore-based Petro Chemicals company. Mr. Tudor is the Past Chair of the Greater Houston Partnership and of the Rice University Board of Trustees. He serves on the Board of Advisors for Rice University’s Baker Institute for Public Policy, the National Petroleum Council, the Jones School of Business at Rice, the Carbon Neutral Coalition, and the National Advisory Board for the Tulane Center for Energy Law. Mr. Tudor also serves on the Board of Directors of the Houston Symphony, Good Reason Houston, and the MD Anderson Cancer Center Board of Visitors. Mr. Tudor holds a BA in English and Legal Studies from Rice University, and a JD from Tulane Law School. He received the Lifetime Achievement Award for the World Oil Council and the Gold Medal for Lifetime Service to Rice University. Mr. Tudor lives in Houston with his wife, Phoebe. They have three children, Caroline, Margaret, and Harry. The Tudors are passionate supporters of the Arts, Public Education, Social Services, and Public Parks.