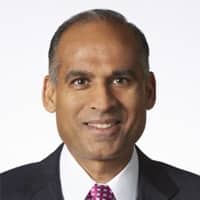 Bhavesh (Bob) V. Patel is Chief Executive Officer of LyondellBasell, one of the largest plastics, chemicals, and refining companies in the world. Mr. Patel assumed this position in January 2015 after having served as Executive Vice President, Olefins and Polyolefins (O&P)–Europe, Asia, and International (EAI), and previously Senior Vice President, O&P–Americas. He joined LyondellBasell in March 2010 and, as Executive Vice President, successfully led the restructuring of the company’s O&P–Americas, O&P–EAI, and Technology segments, focusing on achieving best-in-class operational and commercial excellence. As CEO, Mr. Patel has focused on leading the next phase of the company’s long-term growth strategy, including the 2018 acquisition of A. Schulman, Inc. Under his leadership, LyondellBasell is also building new production facilities around the world, including a new world-scale high-density polyethylene plant and the world’s largest propylene oxide and tertiary butyl alcohol plant. Mr. Patel is a member of the Business Council and serves on the boards of the Greater Houston Partnership and Junior Achievement of Southeast Texas, and on the board of directors of Union Pacific Corporation. He earned a Bachelor of Science in chemical engineering from Ohio State and also holds a Master of Business Administration from Temple University.