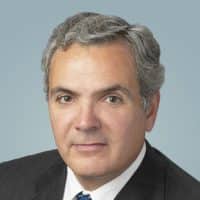 Bob Fryklund, Chief Upstream Strategist, Energy, S&P Global, has over 40 years of industry experience focusing on global upstream strategic leadership and has advised on many of industries most important projects over the last two decades. Prior to joining S&P Global, he served as President, Libya, and as Brazil Country Manager for ConocoPhillips. He also has held various leadership positions with British Borneo, Union Texas, and Amerada Hess. A recognized thought leader on upstream oil and gas, he frequently speaks at key industry meetings, such as the World Economic Forum, CERAWeek by S&P Global, the Offshore Technology Conference, and the American Association of Petroleum Geologists Conference. He is also an established media consultant and source for both print and television. Mr. Fryklund serves or has served on several boards and executive committees, including the Association of Petroleum Geologists Advisory Board; the Independent Producers Association of America; the Brazilian Petroleum Institute; the International Energy Agency; the Libya-US Council, a bilateral trade association; and American School of Tripoli. Mr. Fryklund is a member of the Houston Geological Society and the American Association of Petroleum Geologists and has published numerous articles in three languages. Mr. Fryklund holds an AB from Hamilton College, has completed advanced studies at the University of Houston and the University of Tulsa, and holds an advanced certificate in management.