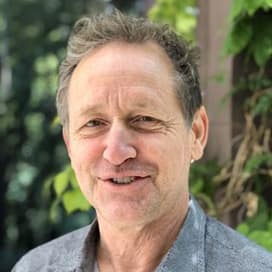 Chairman, In This Together

Bill Shireman is Future 500’s founder and fearless leader. In today’s culture of “us vs. them,” he’s a walking contradiction and trend bucker. He’s a life-long Republican and an environmental activist, a social progressive and a free-market enthusiast. Bill believes that our economics and our ecosystems don’t have to be at odds and that the left and right both have ample room to learn from each other. Since his first campaign at age 7, Bill has been finding innovative ways to solve complex environmental and social challenges. He has an uncanny ability to cut through dogma and find common ground – even between those who love to hate each other. From global corporations and corporate activists to Republicans and Democrats, there’s no division too wide for Bill to act as a bridge builder. Bill has a long track record of helping sworn enemies find common ground and win-win solutions. As the executive director of Californians Against Waste, he united Coors, Safeway and the Sierra Club to pass California’s “bottle bill”, the nation’s most cost-effective recycling law. His success forging a partnership between Mitsubishi and Rainforest Action Network helped catalyze the global deforestation-free movement…and also led to the founding of Future 500. Since then, Bill’s been busy breaking down walls in increasingly unlikely places. His current passion is overcoming America’s chronic polarization and crafting transpartisan solutions to climate change and other wicked problems. This work has led him to found BridgeUSA, a college campus organization seeking to create a healthy political climate tomorrow by making space for constructive discourse and ideological diversity for the future leaders of America today. Bill is the author of 7 books including Innovation Nation, Engaging Outraged Stakeholders, and What We Learned In The Rainforest – Business Lessons from Nature, co-written with former Mitsubishi CEO Tachi Kiuchi. His favorite thing about working for Future 500 is engaging with people from every walk of life, every type of experience, and every political ideology. Bill’s an alumnus of the University of California, Berkeley, where he’s now a lecturer at the Haas School of Business. When he’s not traveling around the country engaging and inspiring corporate, academic and NGO audiences, he lives in San Francisco with his wife and children. Bill has a soft spot for green tea lattes and meeting people from faraway places who stay at his Airbnb.