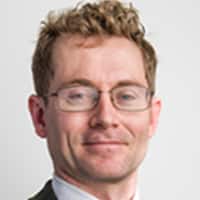 Ben is responsible for macroeconomic analysis at Anglo American. Ben joined Anglo in October 2021, from CRU - an specialist mining, metal and fertiliser market advisory firm - where he has overseen a wide range of market facing research and decision support spanning energy & metals markets. Prior to joining CRU, Ben lead macroeconomic analysis at BG Group. He has previously worked as an economist and policy maker at the International Monetary Fund and UK Treasury in a variety of roles a focussing on natural resources, public finance and environmental related roles. Ben has an MPhil in Economics from the University of Oxford and a PhD in Economics from the University of Birmingham. He has published widely on fiscal energy, and commodity related topics in leading international journals.