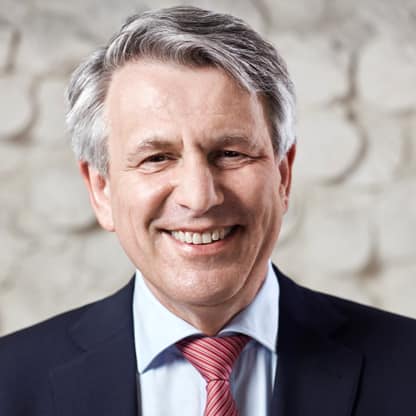 Ben van Beurden became Chief Executive Officer of Shell plc in January 2014. He joined Shell in 1983, after graduating with a master’s degree in Chemical Engineering from Delft University of Technology. Ben’s career in Shell spans both Upstream and Downstream activities. He has held a number of operational and commercial roles, including some 10 years in the LNG business, as well as a variety of positions in Downstream, and has been based in The Hague, Sudan, Malaysia, London and Houston. In 2015, he became a member of the Advisory Board of the School of Economics and Management Tsinghua University in Beijing. In 2017, Ben became a member of the International Advisory Council of the Singapore Economic Development Board. Ben joined the Supervisory Board of Daimler AG in April 2021.