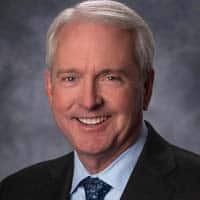 Ben Fowke is chairman of the board and chief executive officer (CEO) of Xcel Energy. He became president, chairman and CEO for the company in 2011 after serving in the role of president and chief operating officer (COO) since 2009. In that role he had responsibility for overall corporate operations as well as Xcel Energy’s four operating companies, which do business in eight states. Prior to being named president and COO, Fowke held a variety of executive positions at the company, including vice president and chief financial officer (CFO) and vice president and CFO of Energy Markets, where he was responsible for the financial operations of the company’s commodities trading and marketing business unit. Prior to the 2000 merger of Northern States Power Co. and New Century Energies (NCE) to form Xcel Energy, he was a vice president in the NCE Retail business unit. Before joining Xcel Energy, Fowke served 10 years with FPL Group, Inc., where he held various management positions. He has also held positions outside the energy industry with DWG Corp. and KPMG. Fowke serves on the National Infrastructure Advisory Council (NIAC), representing the energy industry. The NIAC is a private-public partnership that advises governmental agencies on how to mitigate risk and ensure the integrity of the country’s critical infrastructure. In recent years, Fowke testified before three Senate committees, providing his expertise on the industry’s cyber security preparedness, on Xcel Energy’s industry-leading Unmanned Aircraft System program and the importance and limitations of battery storage solutions. He currently serves as chairman of the board of directors of the Edison Electric Institute, the national association of investor-owned electric companies. He also serves on the boards of Nuclear Energy Institute, Energy Insurance Mutual, Institute of Nuclear Power Operations and Securian Financial Group. In the community, Fowke serves as an advisory board member of the Metropolitan Economic Development Association.