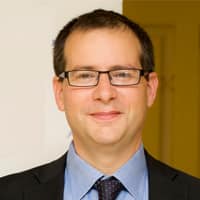 Asher is the founder and CEO of Tevva a UK based producer of range-extended electric trucks. Following extended in-service trials in the London fleet of UPS, Tevva is now in series production of 7.5 -14T (Class 5-7) trucks supplying some of the world’s largest truck fleets. At Tevva Asher defined the strategy that for electric trucks to be adopted in significant numbers to make an impact on climate and air quality, they needed to be capable of working as hard as a diesel truck can – all day, every day. They needed to be, lower cost than diesel trucks and lastly must deliver on their green credentials. He believes, that applying these three criteria to the product development and design strategy, in that order, is the best way to create the tipping point required for the serious uptake of green trucks by fleets (rather than just a few specialist vehicles on short restricted routes). Asher has been a part of the EV revolution for over a decade now. Previously founding Evida inc, a developer and manufacturer of lithium-ion battery systems for electric cars and buses (one of the first EV projects Asher was involved in was the electric buses at the Beijing Olympics in 2008). Asher’s first career was a submarine officer and much of the inspiration for the Tevva truck’s game-changing predictive software energy management (the patented PREMS system) was drawn from diesel-electric submarine technology.Asher graduated first in class from the Israeli Naval Academy and has a Master of Business Administration from IMD in Lausanne, Switzerland.