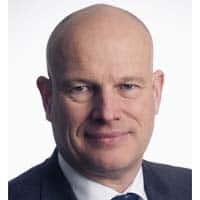 Arne Sigve Nylund, Executive Vice President of Development & Production Norway (DPN), Equinor, has served in this capacity since 1 January 2014. He worked as Senior Vice President of Processing & Manufacturing for Marketing, Processing, and Renewable Energy (MPR) at Statoil ASA from 2009 to 1 January 2014. Mr. Nylund joined Statoil in 1987 with the transfer of Statfjord’s operations from Mobil to Statoil. He has a background in a range of operational and leadership positions. Mr. Nylund served as Platform Manager at Gullfaks, Operations Manager at Statfjord, and Senior Vice President for Statfjord Operations and Operations West in DPN. Mr. Nylund holds a BSc from the Stavanger Technical College, a BSc from University of Stavanger, and a business economist degree from the Norwegian School of Economics.