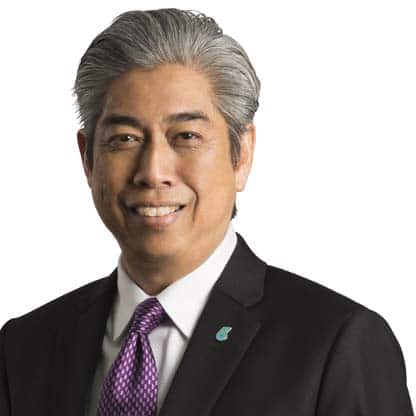 Arif is currently the EVP & CEO of the Downstream Business in Petroliam Nasional Berhad (PETRONAS), responsible for the development of key strategies and management of the refining, trading and marketing of crude oil and petroleum products, manufacturing and marketing of petrochemical products, as well as retail solutions across PETRONAS' petrol stations in Malaysia and those under the Engen brand in South Africa and sub-Saharan Africa. Arif spent the first 10 years in various engineering positions. In 1995, his move to the Corporate Planning Division marked his repeated contributions in PETRONAS' corporate strategic review and studies (1995, 2002, 2008). He also had an international stint in his career from 1999 to 2002 at Engen, South Africa, first as the Project Head and later, Head of Strategic Planning. In 2003, Arif returned to senior positions within PETRONAS' public listed entities first as Senior Manager for Gas Processing Plant B and then as the General Manager of the Plant (2004). He was then appointed as the Senior General Manager of Retail in PETRONAS Dagangan Berhad in 2005. In 2007, he was the Managing Director/Chief Executive Officer of Asean Bintulu Fertiliser. He joined the PETRONAS leadership bench in 2009 as Vice President of Oil Business, before moving on to the Senior Vice President of Corporate Strategic Planning position in 2010. It was in this capacity that he led the PETRONAS team in its largest acquisition of Progress Energy Company in Canada, price-tagged at more than RM18 billion. Arif was instrumental to the success of Project Fulcrum in 2014 that saw the closing of deals with a total value of USD 0.6 billion. The following year, he led the negotiations with Saudi Aramco, in its interest to venture 50% into the Refinery and Petrochemicals Integrated Development (RAPID), within PETRONAS' USD27billion Pengerang Integrated Complex (PIC) in Johar. Poised to accelerate Malaysia's economic growth and position the country as the regional oil and gas hub, PIC is progressing on track reaching its Ready for Start Up status, under his leadership. His other notable achievement includes shaping and facilitating Business Reviews such as the LNG business value assessment, Europe upstream gas strategy, and retail transformation. Currently, he chairs two of the largest listed entities in Bursa Malaysia - PETRONAS Dagangan Berhad and PETRONAS Chemicals Group Berhad - and sits on the board of PETRONAS Carigali Sdn. Bhd. as well as BASF Chemicals Sdn Bhd. Arif is also driven by his passion in leadership and talent development, contributing actively to capability building and leadership discussions not only within PETRONAS but also within the country's oil and gas industry. He sits in the Industry Advisory Panel of Universiti Teknologi PETRONAS, offering guidance and support in the development of modules and training content. He was also awarded with the New Silk Road CEO of the Year in Refining award from His Highness Sheikh Saleh Bin Mohammed Bin Hamad Al-Shariq on 30 September 2019 in Fujairah. Arif graduated with First Class Honours in Electrical Engineering (summa cum laude) from Boston University, and later obtained his Master of Business Administration under the PETRONAS Staff Development Programme from Massachusetts Institute of Technology in the United States. In 2018, he was conferred the Panglima f'v1ahkota Wilayah award by Yang di-Pertuan Agong Sultan Muhammad V, the King of Malaysia, which carries the title Datuk.