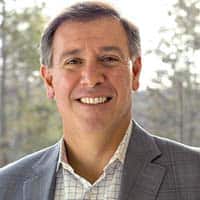 Antonio Pietri is President and Chief Executive Officer (CEO) of AspenTech, and also serves on the company’s Board of Directors. Prior to his appointment to President and CEO, Pietri served as Executive Vice President, Worldwide Field Operations, where he led global Sales, Sales Operations, Professional Services, and Customer Support & Training. He previously served as Senior Vice President and Managing Director, Regional Operations, Asia Pacific, based in Singapore and Beijing, China. Pietri joined AspenTech through the company’s acquisition of Setpoint, Inc. in 1996. At Setpoint, Pietri held a range of sales, services implementation, and consulting roles, where he oversaw integration of AspenTech solutions at European refinery and process manufacturing sites. In 2002, he relocated to Singapore as Vice President, Business Consulting, and was subsequently promoted to Managing Director of the Asia Pacific region. He began his career at ABB Simcon as an applications engineer focused on advanced control and multi-variable controllers for refining. Pietri serves on the Chemical Engineering Advisory Board at the University of Tulsa. He was the 2017 selection for the MIT Warren K. Lewis Lectureship in Chemical Engineering, and is a frequent speaker at industry events. He holds an MBA from the University of Houston and a BS in Chemical Engineering from the University of Tulsa.