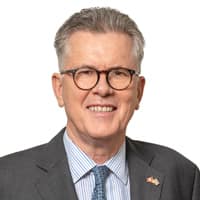 Andy Calitz is the Secretary General Elect of the International Gas Union. Currently he is engaged with the Global Energy Supply Transition Journey, based in London. He started his working career with Eskom, the South African electricity utility. He joined Shell in 1996 where he was actively involved in the alliances with Gazprom and CNOOC and SINOPEC, in Liquefied Natural Gas shipping, in Sakhalin Energy in Russia, in the Australian Gorgon LNG project, in New Business Development, and in LNG Canada. He has lived in Cape Town, Johannesburg, Boston, London, Lima, Moscow, Beijing, Tokyo, Sakhalin, Perth, The Hague and Vancouver. He has traveled to 99 countries on business and private visits. He is a member of The Royal Institute of International Affairs, and a fellow of the Royal Geographic Society.