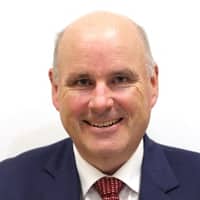 Mr. Stuart is an experienced and recognized business leader in hydrogen, energy technology, and sustainability. Throughout his career he has led innovation and commercialization in private, public, and not-for-profit organizations as well as led teams of highly trained and skilled individuals. He founded Key DH Technologies Inc. Group of Companies (“KEY”) to advance the businesses of deuterium and hydrogen in 2004. The Key Group includes Hydrogen Optimized who has developed the patented RuggedCell™ water electrolysis technology creating the world’s largest water electrolysis cell for the use in the world’s largest green hydrogen facilities, Isowater Corporation who develops deuterium supplies and provides these to the world’s life science and high technology industries, and deutraMed who manufactures and sells deuterium containing products, provides deuterium Contract Research services and develops proprietary deuterium technology for the pharmaceutical industry including its deuterated biomolecule stabilization platform technology for development of vaccines and therapeutics. Prior to forming KEY, Mr. Stuart was President, CEO and Vice Chairman of Stuart Energy Systems Inc. This company was founded by Canada’s hydrogen pioneer - Alexander T. Stuart (Andrew’s grandfather) - and Alexander K. Stuart (Andrew’s father) in the 1940s and provided some 1,000 Stuart water electrolysis facilities in nearly 100 countries around the world. Andrew pioneered the development and deployment of packaged hydrogen gas production and fueling systems. In the 1990s, he led the team that developed and deployed solar-hydrogen vehicle filling stations in Canada and California. Mr. Stuart has also served on the board of directors of publicly traded companies Dynetek Industries (a hydrogen storage technology company) as well as Hydrogenics (a hydrogen and fuel cell company now owned by Cummins). Mr. Stuart served for some 17 years on the Member Council of Sustainable Development Technology Canada – a multi-billion-dollar foundation that supports development of clean technologies. He also served for 15 years on the Board of Directors of the NGO Learning for a Sustainable Future including periods of time as its Chairman and CEO. In 2021, he was appointed to the Scientific Advisory Board of Canadian Nuclear Laboratories – Canada’s largest S&T facility. Mr. Stuart has directly overseen, as a CEO, some $200 million in corporate financings, and a similar amount as a corporate director, including private placements, IPOs, acquisitions, and divestitures. He has undertaken business on 6 continents, represented Canada at the International Energy Agency’s Hydrogen Annex activities, and is a listed inventor on over 10 unique patents and patent applications.