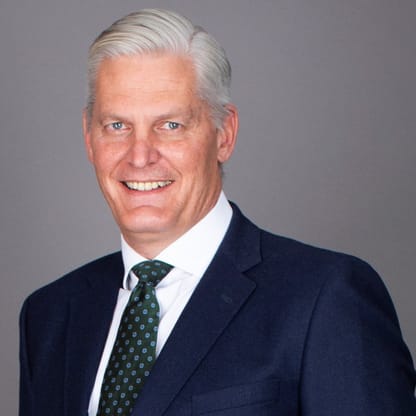 André de Ruyter is currently the Eskom Holdings Group Chief Executive (GCE), overseeing a 100% State-owned company of over 40 000 employees, responsible for providing over 95% South Africa’s electricity needs and approximately 45% of the electricity used across the Africa. Under André’s leadership, Eskom operates 30 power stations, including base-load coal and nuclear power stations, hydro, pumped storage and gas-fired peaking power stations as well as a self dispatching wind farm. Eskom has a total nominal capacity of over 44 000 MW, supported by a network consisting of almost 400 000 km of high, medium and low-voltage lines and underground cables serving over 6 000 000 direct customers. A seasoned executive, with a career spanning over 30 years, André has amassed a wealth of experience both locally and internationally in various portfolios in the energy space, including the management of coal, oil, chemical and gas businesses, the marketing of export coal to international utilities and managing operations of mega coal and gas conversion plants, including electricity generation. His experience and expertise traverses a range of disciplines, including but not limited to: strategic leadership, sales, manufacturing, production, finance, legal & regulation, people management and socio-economic development. André holds a Master of Business Administration (MBA) from the Nyenrode Business University in the Netherlands, a Bachelor of Law (LLB) obtained from the University of South Africa (UNISA) as well as a Bachelor of Civil Law and a Bachelor of Arts from the University of Pretoria. He was a member of the Sasol group executive committee from 2009 to 2014, and spent some time in China as President of China Ventures, also leading business turnaround and transformation in Germany. Shortly thereafter, he was appointed as Chief Executive Officer of Nampak in 2014, a position he left when he accepted the Group Chief Executive role at Eskom, beginning in January 2020, two months before South Africa went into a national lockdown as a result of the COVID-19 global pandemic. When often asked why he accepted the leading role at the beleaguered energy utility, André has consistently maintained that he believes the importance of Eskom in driving economic growth and development should never be underestimated, and is humbled to take up the challenge of restoring Eskom’s value-add, credibility and reputation. Deeply passionate about employee engagement, André has made a concerted effort to consistently connect with people across the business and share the vision of the Eskom “city on the hill” - re-invigorating, rejuvenating and redefining Eskom’s destiny to lead the energy transition into the future in a sustainable manner, as well as the importance of high performance culture amongst employees, to make this a reality.