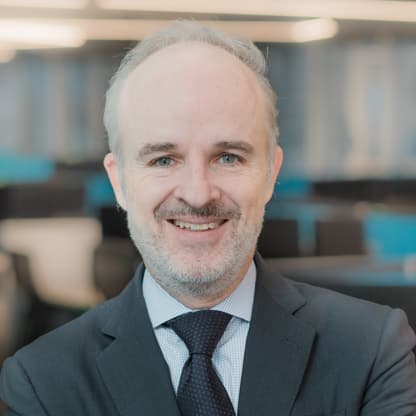 Andre Cangucu is responsible for overseeing the operations and business development activities of ENGIE in the Infrastructure space in the Americas. It encompasses transmission lines, gas pipelines, distribution companies, gas storage, regasification and biogas biomethane. Since joining ENGIE in 2002, he has served in various roles, most recently holding the position of Chief Commercial and Industries and Mergers and Acquisitions Officer, responsible for leading the C&I business and the mergers & acquisitions team. He also previously held the position of Chief Development Officer in charge of ENGIE’s business development in the United States and Canada. He began his career at ENGIE in 2002 and has served in various roles including Chief Financial Officer for Latin America and Chief Financial Officer for Peru. Before joining ENGIE, he held several positions at Enron Corp. as well as Igaras a large kraft pulp and paper and corrugated container producer in Brazil. Andre is Brazilian by origin and has lived in Chile, Peru and in the US. He holds a Business Administration Bachelor and Master’s Degree from FGV in Sao Paulo, Brazil.