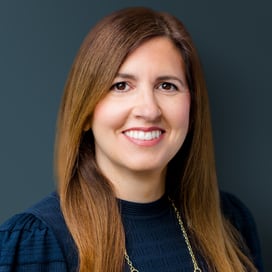 Alisa Newman Hood is Executive Vice President and General Counsel of Excelerate Energy, a market leader in innovative flexible LNG solutions. Before joining Excelerate Energy, Alisa served as General Counsel of ARTIC, a Qatari real estate holding company. Previously, Alisa served as General Counsel of Akfel Commodities, parent company of the largest private importer of natural gas and largest trader of gas and power in Turkey, and as General Counsel of Aluminium Bahrain, the world’s largest aluminum smelter outside China. From 2012 to 2016, Alisa served as senior advisor to the US Special Envoy for International Energy Affairs at the State Department. She began her legal career in the project finance and energy practice at White & Case LLP in New York and Washington. She lends her expertise to media outlets and has published several op-eds and articles on energy-related topics, including in The Wall Street Journal, Foreign Affairs, Los Angeles Times, and China Daily. She was previously a Council on Foreign Relations term member. Alisa holds a B.A. from Brown University and a J.D. from Georgetown University Law Center, where she has been on the adjunct faculty teaching oil and gas law since 2007.