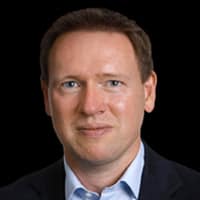 Al Cook holds the position of Executive Vice President for International Exploration & Production overseeing Equinor’s business outside Norway. He joined Equinor in 2016 as the Senior Vice President overseeing operations in Angola, Argentina, Azerbaijan, Libya, Nigeria, Russia and Venezuela, moving to Executive Vice President of Global Strategy & Business Development in 2018. Cook joined from BP, where he was Chief of Staff to the CEO. Cook joined BP in 1996, taking on a series of project development and commercial roles in the North Sea and Gulf of Mexico. He then worked in field operations in the North Sea from 2002 to 2005, becoming Offshore Installation Manager. From 2005, he led the IGB2 Project in Vietnam and acted as President for BP Vietnam. Cook worked from 2009 to 2014 as BP’s Vice President leading the development of the Shah Deniz field in Azerbaijan and construction of the Southern Gas Corridor. Cook holds a master’s degree in Natural Science from St. John’s College, University of Cambridge and in 2005 completed the International Execution Programme at INSEAD.